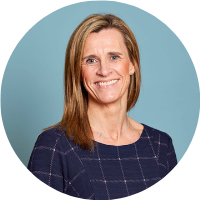 Anna joined Trinity in September 2018. Prior to being a School Chaplain, Anna has been involved in teaching children and young people about the Christian faith in school and in church for the previous 10 years. Prior to this she held a variety of managerial roles at various companies in the UK and Australia, including Marks and Spencer where she launched the 'Autograph' range; a National Account Manager at Mars Confectionery and National Account Manager for Fritolay, Australia. Anna is married with three children and loves the outdoors and sports, especially hockey. Anna relishes her calling as Chaplain where she loves to explain and express the gospel of God’s grace to all the students and the whole school community. 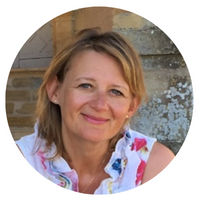 Vikki joined Trinity School in June 2017.  Prior to this Vikki worked in the Arts as Company and Stage Manager of English National Ballet after graduating from The Guildhall School of Music and Drama at the Barbican. After many years touring nationally and internationally, Vikki moved to head up the Alpha team at Holy Trinity Brompton, responsible for the weekly courses and various other projects. From there she moved to the Alpha UK team as Relationship Manager for London and the South East, coordinating the Alpha course with regional Churches and groups.  Vikki has been involved for a number of years with Children Worldwide summer camps in West Sussex and most recently at Trinity has pioneered the vision for the Shine GIRL course; establishing the programme and running the sessions alongside Anna.  Vikki’s heart is committed to seeing young people realise their Worth, Value and Purpose in Christ and fulfil their God-given potential.  Vikki is married with two beautiful daughters and a lovable Havanese dog! 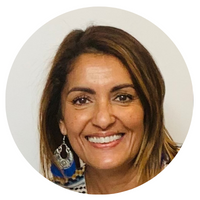 Christina joined Trinity School in December 2018 after a long career break from The City after having children. Christina worked for BP and Arthur Andersen’s before joining Investment Banking in Sterling Bonds at Barclays Investment Bank and subsequently for Tokai Bank and The Royal Bank of Scotland/Greenwich NatWest Markets.  She has been married for 19 years and is a busy wife and mum of two teenage children and loves going to the gym and is an avid cook. Christina volunteered for many years at her children’s primary school and now uses her organisational skills to work in the Chaplaincy Department of Trinity.

Trinity School is open a Sixth Form Rugby Academy for students who would like to combine their academic courses with playing competitive rugby. The course will ...Read More
Posted on: 09/11/2020